So my ‘London expat’ blog has been reincarnated as a ‘Kiwi repatriation’ blog: I’ve been a little quiet on the blogging front while we got settled back into Godzone but the good news is that Wellington is a foodie heaven!

I mean, the Welly Walks app even has a food trail. Talk about drool-tastic.

Anyhow. It was a cold winter’s night and we just wanted cheesecake. Easier said than done: my boyfriend and I spent a good 20 minutes browsing online menus of all the Wellington establishments we could think to Google. It turns out most places do dessert but very few openly serve cheesecake.

Which prompted this sad little Tweet into the void (I’m only sharing so you can enjoy the embarrassment of my 1 lonely retweet): 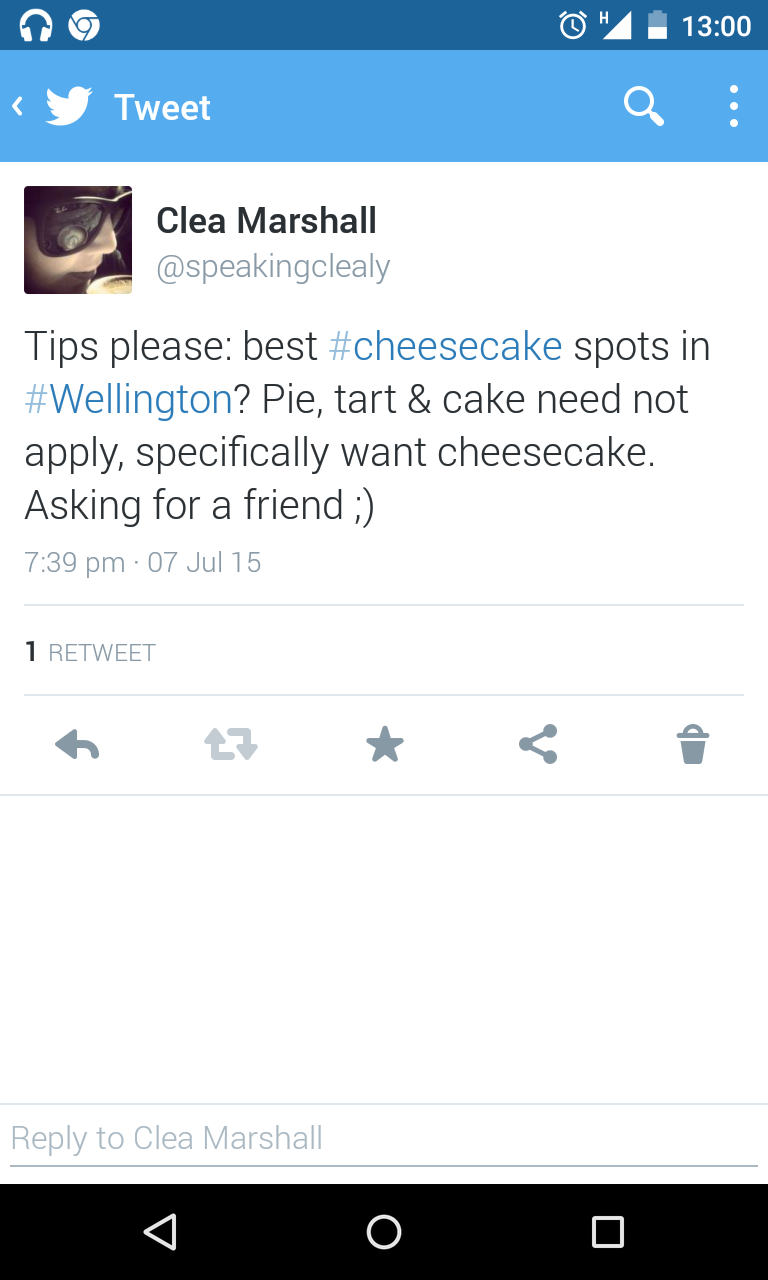 With radio silence on the Twittersphere we decided to walk the length of Cuba Street in search of cheesecake.
First stop: Fidel’s. We love Fidel’s. They were serving cheesecake, but on closer inspection they only had one slightly dry looking piece of baked cheesecake. Unconvinced, we pushed on, wondering if we would regret that call later.

Next up: Laundry. No luck.

Then Ombra: they had a strawberry cheesecake listed but that wasn’t enticing us enough so we continued.

Logan Brown would have been lovely but we weren’t dressed for the occasion.

Then we hit Loretta, a place we have had many a fine brunch at. My brain stopped functioning once I spied a double chocolate cheesecake (blending both white and dark chocolate) and handmade passionfruit marshmallows on the menu.

Yeeeeeeharrr!! We were in business and took a window seat immediately.

The cheesecake was delicious, albeit a bit too big (even between us we couldn’t finish it which is saying something). The marshmallows were the standout performer though. Delightfully fluffy but holding their square shape, they had a delicate hint of passionfruit that had me coming back for more. The hot chocolates were pretty damn good too. 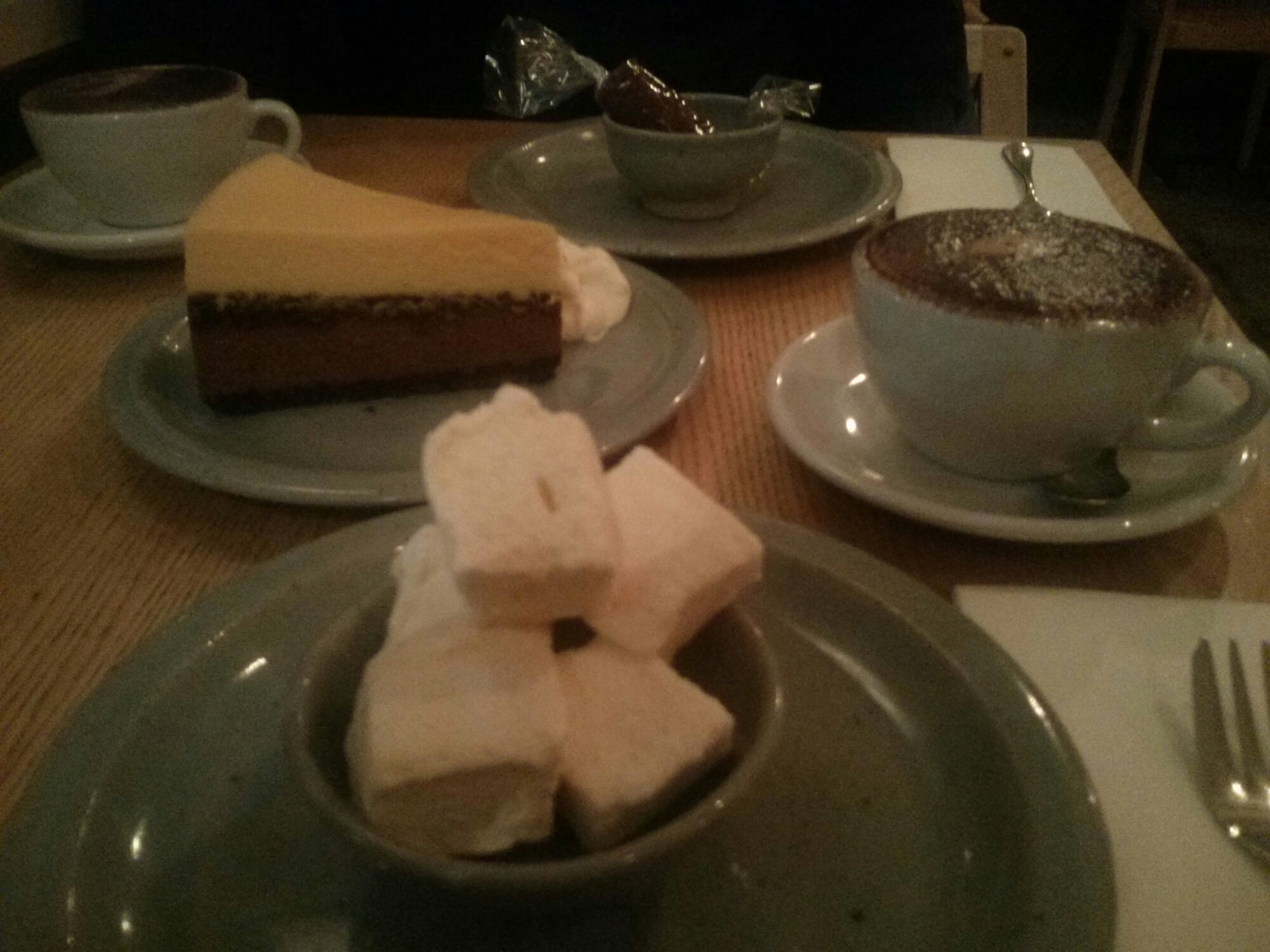 The verdict: Loretta, we will be back. Your weekend eggs are amazeballs and your dessert game is on par too. Oh and the decor is super funky so we felt very trendy 😉
181 Cuba Street, Wellington.